This year, the RAI Lifetime Achievement Award will be awarded in 2019 to multi award winning filmmaker Kim Longinotto. Marking this occasion, Longinotto will give the 2019 George Brandt Lecture at a special event staged in collaboration with the University of Bristol.

In the spirit of documentary encounter, this event will take the form of a conversation between Longinotto and Angela Piccini, of the Department of Film and Television and the gathered audience. We will screen and discuss film excerpts spanning Longinotto’s 42-year career and encourage the audience to challenge, provoke and celebrate with us.

This is a free event RAI Film Festival Pass Holders can just show their Pass at the venue. Those who wish to attend who do not have a Pass should register via the eventbrite link. 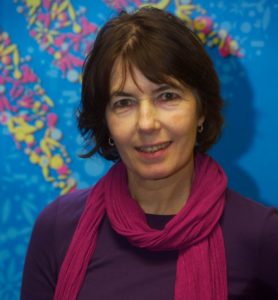 Kim Longinotto began her journey into filmmaking with the foundation course at Bristol University, which was set up by George Brandt. From there she went to the National Film and Television School, which enabled her to make her first film, Pride of Place (1976), a critical portrait of her former boarding school in Coventry. Longinotto’s films are characterised by a passionate commitment to the lives of women who struggle against myriad forms of oppression – by families, partners, schools, institutions, the law, sexual and gendered norms. Longinotto’s participatory, intimate and joyful filmmaking shines a light on the ways in which women navigate these spaces and relationships and on their unswerving attempts to change the world, one small act of repair at a time.

The RAI Lifetime Achievement Award has been given at RAI Film Festivals since 1990 to honour outstanding contributions to ethnographic documentary film-making or academic visual anthropology. The George Brandt lecture commemorates the founder of Film and Television Studies at the University of Bristol.